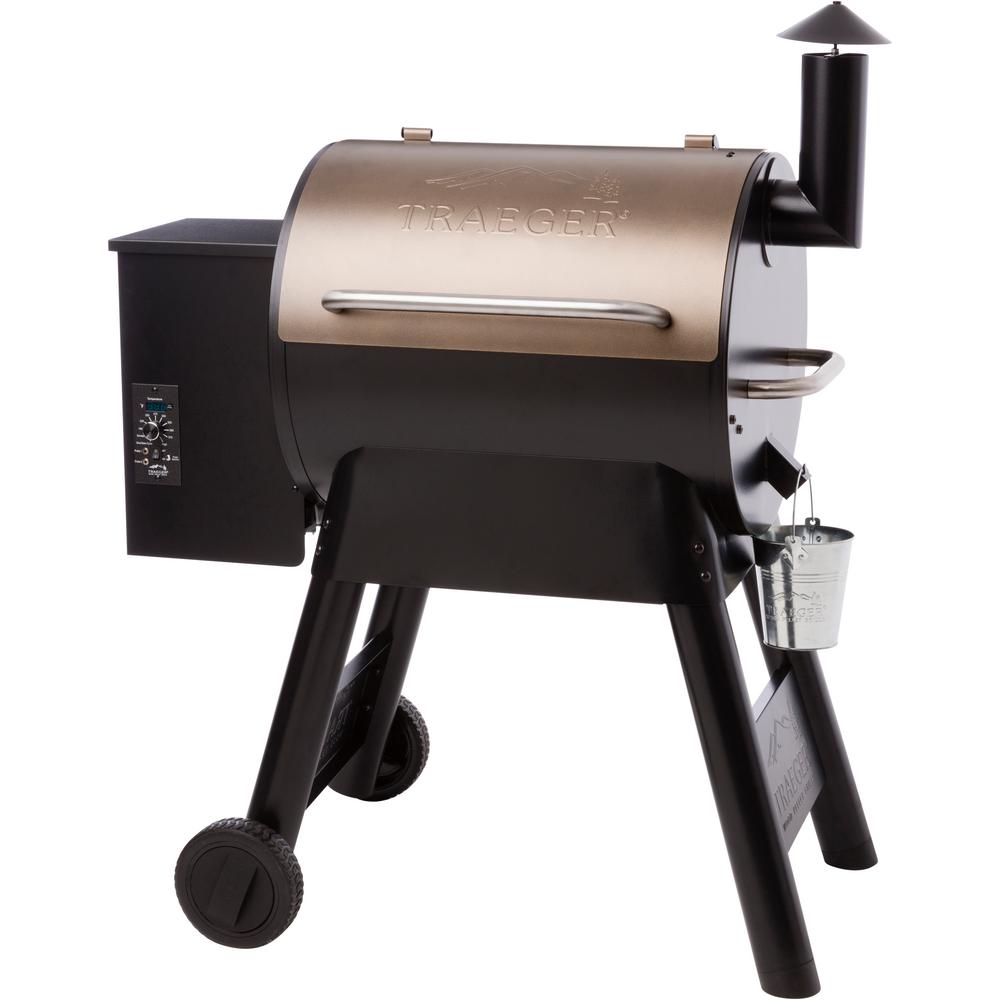 When you look at a Traeger from the front of the grill, you will see a hopper on the side of it. This hopper is filled with hardwood pellets that are used as fuel and flavor. Popular choices of hardwood pellets include hickory, apple, pecan, and mesquite.

The pellets move from the hopper to a fire pot located under the grill grates with the assistance of an auger. The auger, in fact, is powered by electricity.

Additionally, electricity powers the controller on the hopper, which is used to ignite and adjust the temperature of the grill. There is also a fan that circulates the heat and smoke through the grill that needs electricity to operate.

In short, Traeger grills require electricity to operate the auger, controller, and fan.

Traeger grills require a 3-prong outlet located near the grill for operation. GFCI protection is required to protect against electrocution or shock. The company states to place the grill within 6-feet of a grounded receptacle to allow the cord to reach and to prevent shock.

We verified through the owner’s manuals that the following Traeger grills require electricity:

How A Traeger Pellet Grill Works

The below video produced by the manufacturer shows how a Traeger operates. You can get a pretty good idea of why electricity is required for the automation process by watching this video. The minor inconvenience of having to plug in this grill is greatly outweighed by its ease of use, versatility, and set-it & forget it capabilities.

Do Other Pellet Grills Need Electricity?

Other pellet grills operate similar to the Traeger where they use an auger to gradually push pellets into a fire pot. The augers on other pellet grills require electricity to operate. In addition, other parts of the pellet grill such as the controller need an electrical power source as well.

Whether you buy a Traeger or other pellet grill brand, it will need an electrical outlet nearby to operate the grill. Review the grill manual to verify the electricity requirements for a specific pellet grill.

How Many Gallons of Propane in a 20, 30, 40, and 100-pound tanks?
Are Weber Grills Made in the US?
Types of Grills for the Backyard
1 lb To 20 LB Propane Tank Adapter - Options to Convert Your Connection
Blackstone vs Camp Chef - A Comparison
Blackstone Griddle 28 inch Review
A Guide to the Best Yakitori Grills
How Far Should a Grill Be from a House?